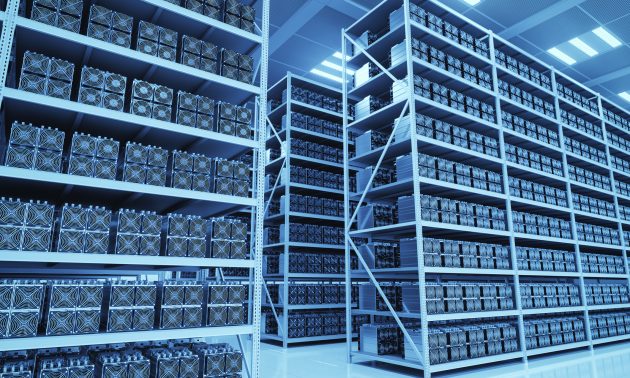 The fact that crypto-currency markets are currently down over 70% this year and Beijing authorities continue to crack down on all aspects of the industry, Chinese Bitcoin mining magnates remain undeterred and are seeking fortunes from upcoming initial public offerings.

During the crypto boom in late 2017 demand for mining hardware went through the roof as digital currency prices soared. Huge mining farms were established with rows of computers specially designed to solve the mathematical equations necessary to generate more coins. As a result profits from the dominant suppliers of mining hardware skyrocketed.

Before the mining hardware had evolved to the current technological level the process could be completed using graphics processing units commonly used by PC gamers. However, US chip giant Nvidia has reported lower than expected sales figures as crypto prices have slumped. This has raised questions over the viability of large IPOs from companies that produce mining hardware if demand has taken a dive.

According to Benjamin Quinlan, CEO of financial services consultancy Quinlan & Associates, who stated “The marked decline in the price of Bitcoin since the start of the year is likely to weigh on investors’ interest in these companies,” before adding “the fall in the price of Bitcoin from its peaks has not been matched by an equivalent fall in the numbers of people mining it.”

As the price of Bitcoin falls the profit from mining it also drops. Since its peak of $20,000 in December last year Bitcoin has lost 66% to its current trading price of $6,700. There is further concern that if the crypto coins switch to a different algorithm the machines designed to mine them currently will be made obsolete.

Bitmain is currently king of the crypto miners with an estimated 70-80% share of the hardware and mining pool markets according to analysts. The Beijing-based mining monopoly is expected to file plans next month for an IPO in which it aims to raise around US$3 billion. Competitors Canaan and Ebang filed plans in May and June respectively for floats in Hong Kong, with Ebang seeking $1 billion and Canaan at least $400 million.

The firms are also touting ambitions beyond just crypto mining, with a focus on broader blockchain applications and even artificial intelligence. The chips could be used in other related industries such as cybersecurity, big data or, as China plans a national 5G rollout, telecoms.

As crypto-currencies and blockchain become more mainstream, the focus is slowly shifting beyond the market prices of each asset and towards present and future applications and the hardware that will take it there.