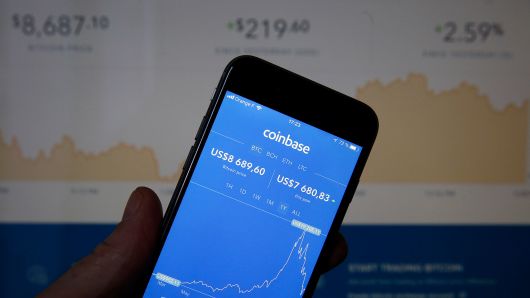 Leading cryptocurrency trading platform Coinbase is beefing up its compliance team as part of an effort to legitimize the asset class in the eyes of cautious regulators and institutional investors.

The San Francisco-based start-up announced Tuesday it will hire Jeff Horowitz as its first-ever chief compliance officer. Horowitz was managing director and global head of compliance at Pershing, a subsidiary of BNY Mellon specializing in brokerage custody, clearing and settlement.

“As Coinbase — along with the cryptocurrency space as a whole — grows and matures, continued regulatory compliance across all the varying jurisdictions globally will be critical,” Coinbase President and Chief Operating Officer Asiff Hirji said in a blog post Tuesday. “Adding Jeff to our team is one more important step along this journey.”

Before Pershing, Horowitz led compliance and anti-money laundering programs at Citigroup, Goldman Sachs, and Salomon Brothers, and was a banking regulator with the Federal Deposit Insurance Corporation.

As one of the biggest digital currency platforms, Coinbase was in the right place at the right time as the price of bitcoin skyrocketed to almost $20,000, mostly from retail investors, in 2017. Since then, bitcoin is down more than 60 percent, according to data from industry site CoinDesk.

Despite the crypto bear market, Coinbase has been reinvesting its gains in everything from institutional investor products, to acquisitions, including a fully licensed broker-dealer.

Risk-averse institutional investors have been especially wary of potential hazards that come with cryptocurrency. Bitcoin has nosedived roughly 50 percent this year after regulatory crackdowns on fundraising frauds, high-profile hacks and a lack of new buyers.

U.S. regulators have been equally cautious about the risks. The U.S. Securities and Exchange Commission has cracked down on fraud in initial coin offerings, and recently declined to approve what would have been the first-ever bitcoin ETF, highlighting issues of market manipulation and investor protection.

Coinbase has also poached key executives from LinkedIn, Twitter, Facebook and the New York Stock Exchange this year. The company landed at the No. 10 spot on the 2018 CNBC Disruptor 50 list, and reportedly valued itself at about $8 billion when it set out to buy Earn.com, according to Recode. That was much higher than a valuation of $1.6 billion at its last round of venture capital financing in summer 2017.